This ongoing campaign has aimed to bring transparency and awareness to the general public on the appointment of South Africa’s judges. In a country where the state has effectively captured and we are constantly inundated with information around corruption, bribery and nepotism, this campaign has strived to bring a level of honest and unbiased information to the public. Using video and social media to enhance the reach and accessibility of the content, the Edge Digital team has worked with the client; Judges Matter to ensure the information is easy to find, easy to understand and most importantly easy to engage with.

The Judges Matter website and social platforms have seen exponential growth despite a very limited ad spend budget and key public figures such as Public Protector Thuli Madonsela, Minister Faith Mutambi, journalist Pierre de Vos, and the Office of the Chief Justice and journalists such as Aarti Narsee from eNCA, Franny Rabkin (Mail and Guardian) have shared the information and directed the public to the website and live stream. The video footage has also been used by the SABC and other news broadcasters in news pieces and documentaries.

The commentary and engagement with the social media content and website has been unprecedented with many intelligent and thought-provoking conversations and debates taking place on the platforms.

Our point of difference: The power of video

This has opened up the interviews to the general public who can now watch them live as they happen or watch them at a later date once they have been uploaded to YouTube. The videos have brought the JSC process truly into the public space and the uptake of the video content was immediate. In recent campaigns, the demand for the videos has been instant with many people asking when the videos will be uploaded so that they can watch them.

There was an immediate enthusiastic response from the public to the campaign which highlighted the need for this platform and the importance of free dialogue such as this to be part of the public space. 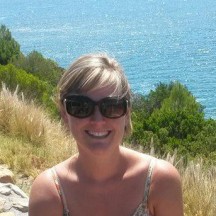