In May 2016 we embarked on a campaign with ODAC, to raise awareness about the court case between Alide Dasnois, former Cape Times newspaper editor, and Independent Media. Alide was due to appear in court on a wrongful dismissal case around her chosen treatment of the death of Nelson Mandela. The case spoke to the right of freedom of speech for the press and the control media owners have, or should have, over what is published.

The campaign structure was planned across a pre-awareness campaign, then engagement and awareness during the case, and finally promotion of the results – assuming they would be positive for Alide and ODAC. In a surprise move, Independent Newspapers settled the matter out of court, conceding that it was Dasnois’ prerogative as editor to decide how to publish the news of the death of Madiba.

While we were expecting a longer court case, the fact that there was a settlement meant that we had more time to drive home the results from the perspective of freedom of expression and the importance of supporting whistle blowing. 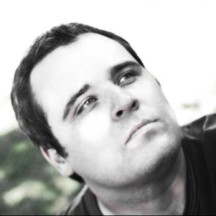